A quiet corner of the East Devon Pebblebed Heaths. Home to some rare heathland wildlife.

Near to Newton Poppleford
East Devon

Can be wet, muddy and boggy. The simplest route into the reserve is via the RSPB neighbouring reserve. Allow 1 hour to explore.

This site is very wet and muddy. Can be very wet and boggy. It is not suitable for pushchairs or wheelchairs.

Open at all times

This is not necessarily one of our easiest reserves to visit - wet underfoot and with access away from local roads. However, this wild place holds wildlife riches. 40 species of birds breed at Venn Ottery, while four of the six British reptiles can be found: adders, grass snakes, common lizards and slow worms.

How to get to Venn Ottery

As you wander through the reserve look for large, round pebbles beneath your feet. These are a defining characteristic of the East Devon Pebblebed Heaths, the largest block of lowland heath remaining in Devon. The pebbles were formed 235 million years ago when they were part of a wide desert riverbed.

Today the thin heathland soils of the reserve are covered in gorse, bell heather and thick tufts of purple moor grass. You'll often see our small herd of ponies grazing here, helping to keep this vegetation in check, making room for the rest of Venn Ottery's wildlife.

You'll see and hear the heathland's bird life as you wander. Watch and listen for stonechats and Dartford warblers as they perch on the tops of gorse bushes. On summer evenings the soundtrack changes to include the weird churring on nightjars - migrant visitors from southern Africa.

The reserve has several wet areas fed by a spring line at the top of its shallow valley. Here pale butterwort, bog pimpernel and carniverous sundew plants dominate. On the edges of heathland pools you may catch a glimpse of one of the UK's biggest spiders, the raft spider. Its leg span can be as much as 7cm across.

These pools are also a good place to spot grass snakes, while common lizards, adders and slow-worms can be seen almost anywhere around the reserve, basking in the sun.

21 species of dragonfly and damselfly have been recorded at Venn Ottery. These include golden-ringed dragonflies, keeled skimmers, downy emeralds and small red damselflies. But rarest of all is the southern damselfly. This delicate, blue damselfly was re-introduced here in 2009 after becoming locally extinct in previous decades.

You are free to wander where you choose at Venn Ottery nature reserve. There are a network of informal paths. Areas can be wet and boggy. 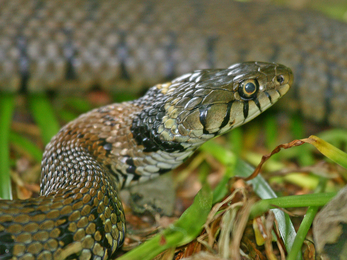 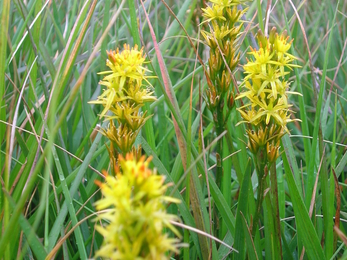 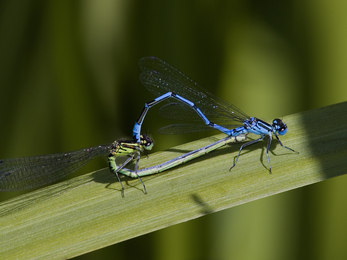 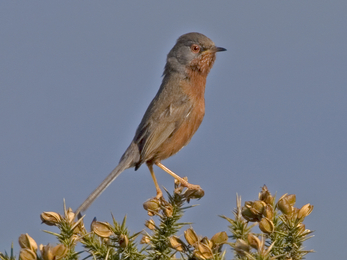 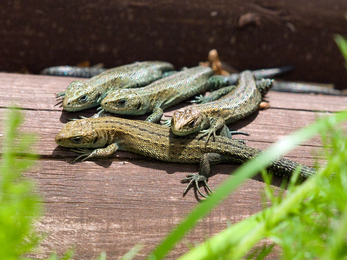