Please note this is a closed site with no public access except during organised events.

Standing at the reserve entrance presents views of the tall limestone cliffs, which are 350 million years old.

Galleries of ivy-leaved toadflax, wall pennywort, shining crane's-bill and maidenhair spleenwort dot the rockface of what is one of the largest exposed limestone outcrops from the Devonian period, on which the geological strata and faultlines can be clearly seen.

The reserve contains atmospheric, prehistoric-feeling, shady woodland of ash and sycamore, richly clad in ferns and mosses, where the high quarry cliffs concentrate shadow and moisture. Among woodland flowers such as wild garlic and dog violets, damp conditions give rise to pockets of marsh bedstraw, brooklime, watercress and temporary ponds surrounded by willow.

A number of grilled cave entrances; the River Dart, once flowing at the level of the clifftop 50 metres above, gradually carved out this cave network in the limestone over many centuries 250,000-120,000 years ago. In 1939-1941 scientific excavations revealed an exceptional collection of over 4000 fossil mammal bones from animals which roamed here during the last Ice Age, 100,000 years ago.

To the bat cave

A special survivor from this ancient world still lives here today: the tiny, 4mm long blind cave shrimp Niphargus glenniei. First discovered in 1948, with a population thought to have existed since before the last glacial period, this species is endemic to Devon and the south west of England, found nowhere else in the world.

The cave network is crucially important for other rare wildlife. In winter the biggest and most significant colony of greater horseshoe bats in the country, and possibly in Europe, hibernates in the caves, joined by lesser horseshoe and other bat species. Look out for the bats at dusk on warm summer evenings when they emerge to hunt insects such as cockchafer beetles, moths and dung flies. 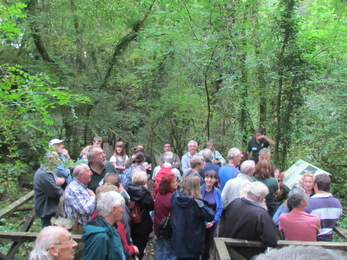 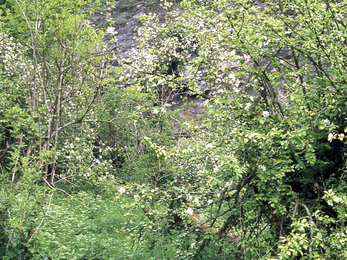 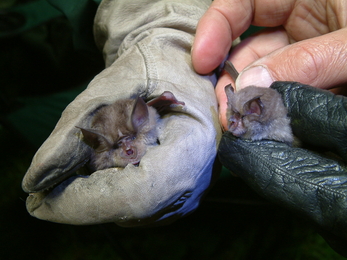 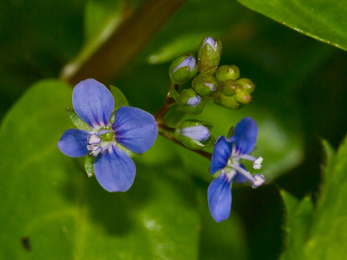