Clayhidon is a small wildlife haven nestled in the Blackdown Hills Area of Outstanding Natural Beauty of East Devon.

Several footpaths lead through the reserve. Parts of these can be wet and muddy.

Clayhidon Turbary's thirteen hectares are made up of heathland, scrub and young woodland. It can be very boggy in parts, but for those willing to make the effort, it's a place rich in natural and local history.

Clayhidon Turbary was once used by local people who grazed their cattle there and who also cut peat from the site to use as fuel to heat their homes. This ancient right is at the root of the name 'Turbary'.

In recent years these uses declined and the heathland had begun to lose its special character. However, in 2011 Devon Wildlife Trust stepped in to take on the management of Clayhidon Turbury and made it a nature reserve.

In the years since, the charity has been using its experience gained at other nearby Blackdown Hills nature reserves to restore the site to former glories. A major breakthrough came when the charity gained more than £35,000 of support for the nature reserve from Biffa Award - a multi-million pound fund which awards grants to community and environmental projects across the UK.

Thanks to this support the nature reserve now has stock-proof fencing around the site to keep ponies and cattle in. The grazing of these animals plays a critical role in opening up the reserve, allowing wildflowers and insects to flourish once more.

Today Clayhidon is well on the way to recovery. Make a day of exploring the wildlife and wild places of the Blackdown Hills by also visiting Devon Wildlife Trust's Lickham Common and Ashculm Turbary nature reserves.

Bringing grazing back to Clayhidon

Watch this short video to explore the work that Devon Wildlife Trust is doing at this reserve with the help of support from Biffa Award.

Conservation work at this nature reserve has been supported by Biffa Award. 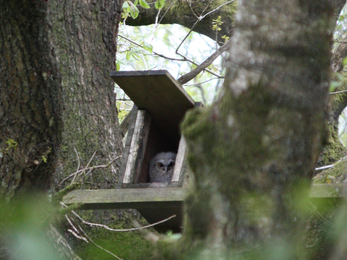 Owlet in a nest box at Clayhidon Turbary nature reserve 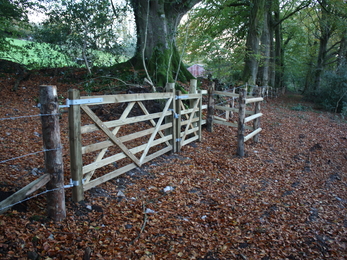 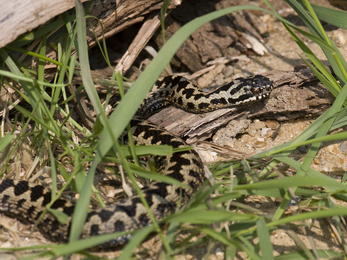